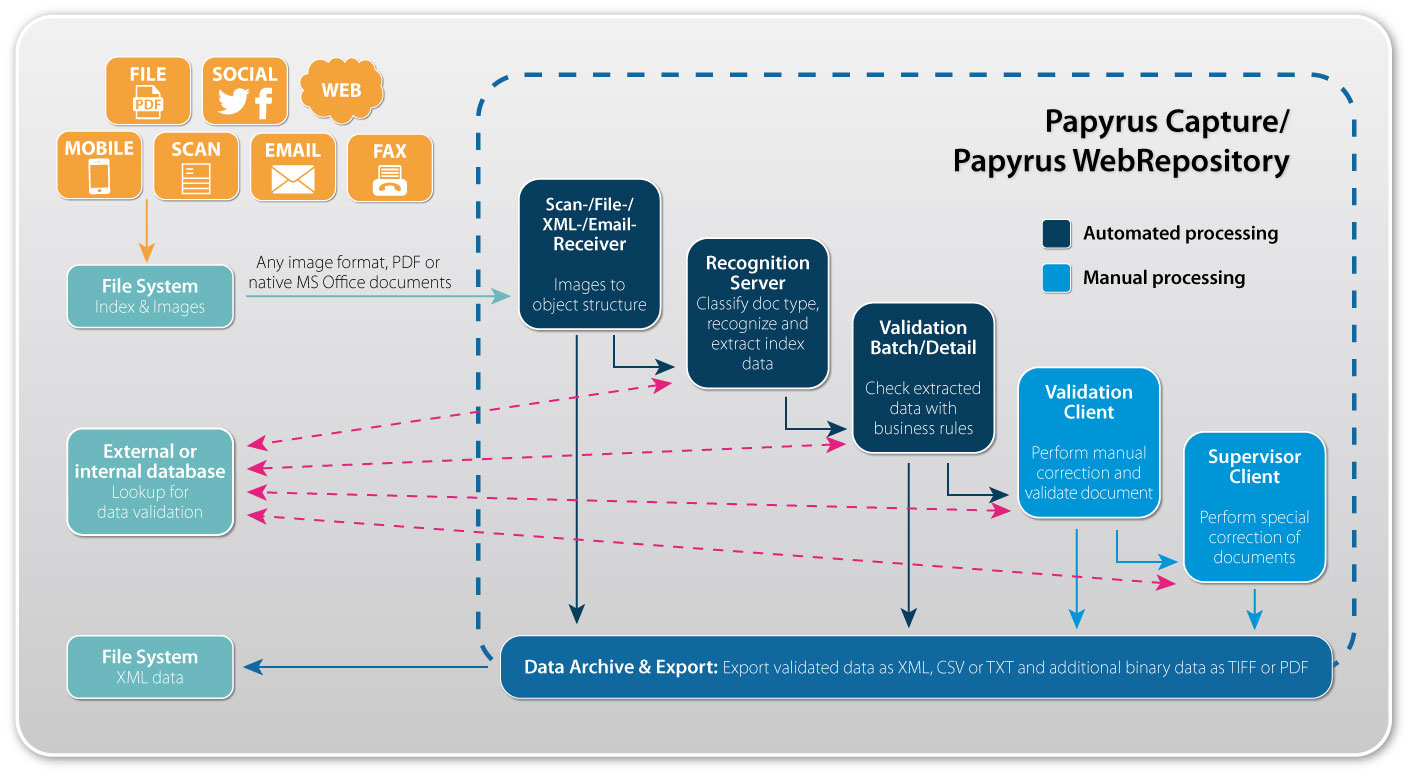 Every day a company receives a multitude of different documents - letters, image data, PDF and Office documents - all of which must be processed quickly and forwarded to the right place. Therefore, the configuration and operation of a capture system must be fast and efficient, regardless of document types, capture hardware and operating systems used.

Based on the Papyrus Business Application Platform, ISIS Papyrus has developed the most powerful tools for building document capture applications. Large banks, insurance companies, government organizations, industry and service companies have one thing in common, they need fast development, elimination of programming effort and absolute independence from operating systems and scanners - all inherent to the Papyrus Document Capture System. 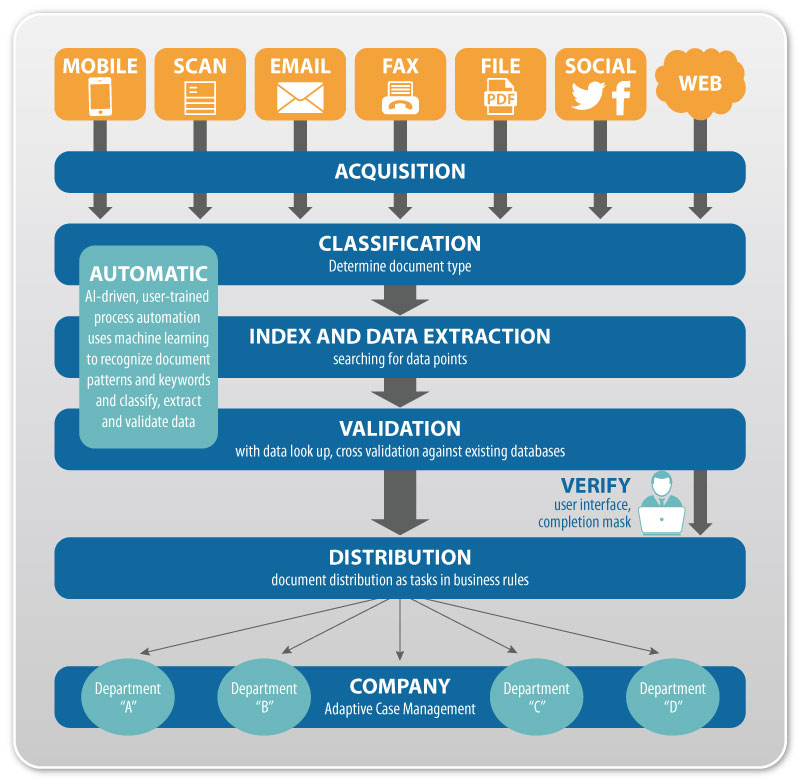 Papyrus offers products for document type and content extraction, for defining recognition logic and customization of validation user interfaces as well as for designing necessary field masks. Additional tools for high volume benchmarking of automation and rejection rates guarantee optimal production preparation before going live. These frameworks include all necessary document and data field definitions as well as ready-made views for business administration and workflow design.

Papyrus Recognition Server is the technological basis for designing self-learning modules for the classification and data extraction of business documents. The Recognition Server offers a broad range of document capture extraction methods for structured forms, semi-structured documents and completely free documents including automated sorting and distribution of electronic documents in PDF, Office, fax and image formats for paper mail.

The Papyrus Capture Designer is an application for the design and development of elaborate data extraction projects used by the Capture application developer. It features FixForm and FreeForm® technology which enables the creation of extraction definitions for data from structured, semi-structured as well as unstructured documents. A sophisticated but user-friendly graphical data interface facilitates the smooth development of hierarchically organized definitions for the extraction of document fields.

The Papyrus Business Designer/Capture is the core interface allowing business users to work with the document capture solution. It utilizes user-training algorithms to continuously improve the capture results received from the powerful OCR (for machine writing) and ICR (for hand writing) engines during content and case-management operations, such as extracting/indexing documents in the business case ad-hoc and on the fly. This is possible because the Papyrus Business Designer/Capture does not require IT-involvement but gives all the power into the hands of the actual business users of the application.

The Papyrus Client/Capture is the business user interface for all kinds of user interactions within a document capture system. It enables the completion and correction of classification and extraction results with all necessary display and validation functions.

The Papyrus WebRepository is the core component of the Papyrus Objects business application platform. It enables control of all applications and document types across all platforms and output channels, for both online and offline users and offers customizable auditing and reporting features. Papyrus Adapters (Scan, Fax, Email, SOAP, REST) offer integration with other business applications.

The Papyrus WebArchive offers an integrated archiving solution which consists of a central or distributed, short-term and long-term archive for all inbound and outbound document types in arbitrary formats including the storing of related business cases. It comes with a user interface for querying and retrieving documents which can be integrated with other Papyrus business applications using Papyrus EYE Widgets technology, web browsers or the Papyrus Enterprise Mobile App for mobile devices.