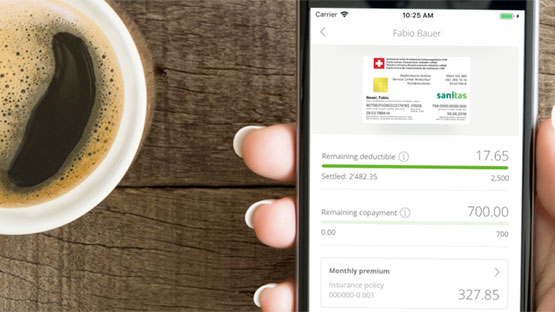 Established in 1958, Sanitas Group is one of Switzerland’s leading health insurers, offering basic and supplementary health insurance solutions for its 822,500 clients and posting a premium volume near CHF 2.66 billion.

As a health insurance provider, processing claims fast and reliably is necessary to stay competitive and achieve customer satisfaction. Sanitas handles more than 10,000 incoming documents daily and can deal with nearly 30,000 during peak times. The documents are classified into main types with dozens of subtypes, then extracted, verified and archived each day.

The Papyrus Capture system enables incoming documents scanned in several centers throughout Switzerland to be imported via the Papyrus Scan Adapter for central processing. In addition, a growing percentage of invoices come from clients using the Sanitas mobile app. These documents are uploaded as images directly to the Papyrus Capture System. Despite the low image quality of mobile phone cameras, the extraction and correction capabilities of Papyrus Capture enable seamless mobile integration to further reduce processing times by cutting out postal delivery.

The high-performance capture system along with the guided user interface allows Sanitas to quickly and accurately classify, extract, validate and verify large volumes of documents.

A key feature of Papyrus Capture is the powerful extraction tools that allow it to recognize a wide range of documents, including complex table and invoice structures, such as TarMed which contain numerous pages of barcodes, QR-codes and text positions. These documents also come in various languages, all of which Papyrus Capture handles with equal quality.

The Papyrus System is integrated with existing Sanitas databases, allowing for plausibility checks and data enrichment through cross validation. Information is automatically entered where possible, while missing data can be found with graphical queries.

When manual verification and data completion is necessary, Papyrus Client/Capture provides a guided user interface. Color highlighting tells the user which action is to be taken on a particular field, where to input or verify information and which fields were processed automatically. Documents can be passed on to an administrator for completion of ambiguous data fields.

Data entry within this interface is made at a fast pace by using definable shortcuts, instead of mouse-interactions that are comparatively slow.

Papyrus Capture users can log in at any workstation and get their personalized work environment delivered right to their screen through a virtualized Citrix domain with the Papyrus Browser Plug-in support. This virtualization enables Sanitas to quickly react to changes in document volume by adding or removing users and their workstations to the system. 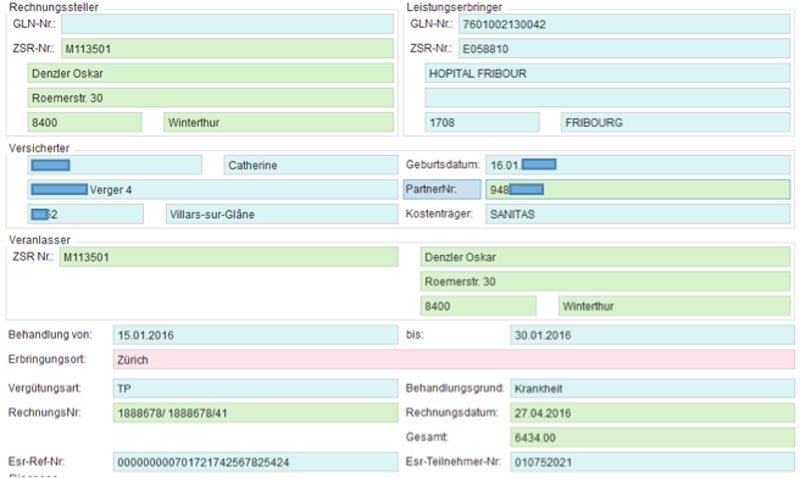 Blue fields are processed by the system automatically and need no further input. Green fields have been completed or verified by a user (human input). Red fields still need verification.

Papyrus Capture runs on a redundant, load-balanced system where the same processing workflow is defined on each server and stored as a template. This operation enables Sanitas to scale the system performance exactly to requirements.

Load balancing extends to the user interface as well. This means new users logging on are automatically directed to the Papyrus Portal with the fewest number of connections.

A separate development and test environment that stays synchronized with the live production space ensures an error-free upgrade and deployment process.