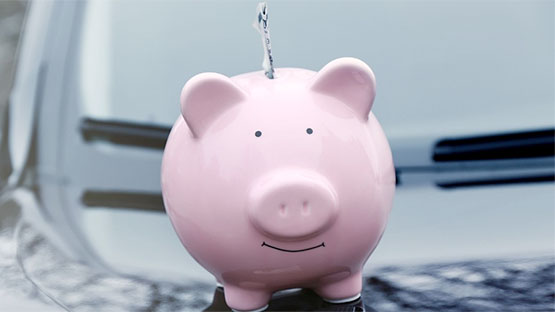 KBC ComFin is a factoring lender and the commercial financing arm of KBC Group, an integrated bank-insurance company formed in 1998 and based in Belgium. Factoring means that a company transfers its accounts receivable to KBC ComFin, who will then pay up to 90 percent of the counter value as an advance. KBC ComFin relies heavily on invoice processing in order to provide its services.

Currently, KBC ComFin processes more than 10,000 invoices daily from hundreds of clients across Europe, handling documents in multiple languages such as Dutch, French, English, German and Spanish. Data from these invoices was often entered manually – a labor-intensive and error-prone process.

Wanting to streamline its data entry, KBC ComFin needed a new system that was highly automated for capturing and processing invoices, while also indexing documents for archiving.The goal for the new system was to handle significantly higher volumes of invoices without requiring more man power. 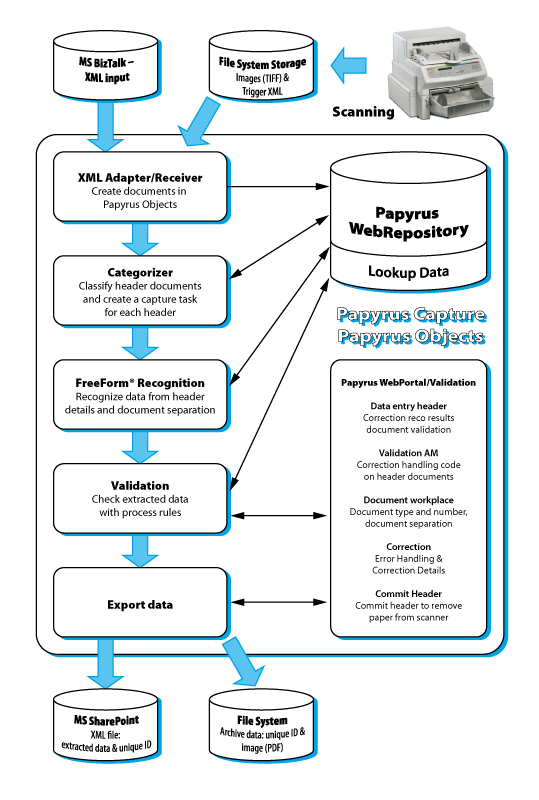 KBC ComFin selected Papyrus Capture because of the flexibility offered by the system’s architecture and ability to easily integrate with existing applications.

Using Papyrus Capture, KBC ComFin retrieves invoice batches electronically from Microsoft BizTalk via the Papyrus XML Adapter and in printed form by receiving scanned documents using the Papyrus Scan Adapter. When the form’s layout is known, the system pulls data using pre-defined template definitions, accurately extracting nearly 100% of the data fields. When the physical layout of a form is unknown, the Capture Framework uses FreeForm® tools based on the latest methods in pattern recognition and represent the most current standards of print analysis, associative databases, fuzzy logic and neural networks.

Papyrus has developed a complex DefinitionSet for Invoices which supports extensive forms and tables. This feature is available immediately out of the box and provides multi-language extraction definitions – a key benefit to serve KBC ComFin’s range of clients across Europe.

Papyrus Capture offers self-learning features and easy-to-use graphical design and analysis tools. Extraction and classification rules are developed during set up and can be easily tuned and improved.

KBC ComFin defined more than 30 data fields that might be present in an invoice. The system searches for each of these fields and extracts the data if the specific field is present in that invoice. Where the contents of an identified field cannot be determined with sufficient confidence, a manual completion process will follow.

When manual completion is necessary, Papyrus Client Capture provides an environment to correct fields that minimizes errors. This interface presents users with only the necessary information (completion mask) to complete the required fields. KBC ComFin has complete flexibility over how and what to present to its end users for manual completion or routine quality assurance verification.

The completion speed and quality is drastically increased by offering users a drag-and-drop functionality for the document content to the completion fields. Additionally, undetected fields can be marked and extracted on the fly.

Scalability is a unique feature of the node-based Papyrus Platform. With this future-proof system, KBC ComFin will be able to scale both functionality and infrastructure – adding capacity and improving performance to meet eventual needs.

The Papyrus System easily integrates with existing applications and business processes. KBC Comfin can readily access data extracted by the system and quickly service its clients. Accuracy of the document recognition process is improved by cross validating data with existing sources to find the end customer.

In KBC ComFin’s case, extracted data is passed to MS SharePoint via the Papyrus SOAP Adapter. Images of scanned invoices are archives as PDF files – together with indexes.

With its Papyrus Capture System, KBC ComFin has met its primary goal of processing more transactions without additional man power or higher costs. The company has capacity left over to handle future growth.