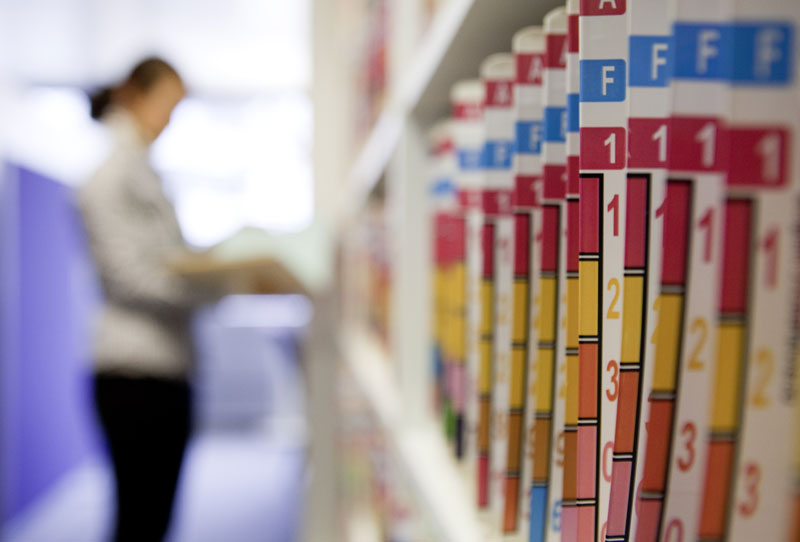 Since 1858, Helvetia has grown into a successful insurance group operating in 6 Europeans countries, including Switzerland, Germany, Austria and Italy. Helvetia is one of the region's largest insurance companies, with 29 general agencies and approximately 1,800 employees serving 700,000 private customers and small and medium-sized enterprises. In Italy, Helvetia operates as an all-line insurer primarily in the northern provinces of the country, offering products to cover vehicles, building, houses, individual retirement accounts, personal accidents and health care.

Providing comprehensive and specialized insurance solutions to private and business clients, Nationale Suisse has played a major role in the Swiss insurance market since 1883 and today is an innovative insurer in selected international markets via its subsidiaries in Italy, Belgium, Germany, Spain and Liechtenstein, as well as a branch office in Malaysia. In Italy, Nationale Suisse operates as a retail and SME insurer for non-life and life business, focusing on specialty lines products (Art/HNWI, Marine, Engineering, Credit Life).

GE.SI.ass is the Milan-based IT provider inside the Group Helvetia Insurance, shared by Helvetia Italy Group (55%) and Nationale Suisse Group (45%), that worked closely with ISIS Papyrus to identify the requirements for a new document system solution.

Already a well-known platform in Helvetia Group, the Papyrus System has been previously implemented in Germany, Switzerland and Austria as the company's main solution for mass generation of insurance documents. As a result of the benefits experienced by this group, GE.SI.ass decided in 2010 to invest in a new Papyrus document platform to gradually replace their existing document formatting and composition system based on mainframe processes and different server-based applications and programs.

Having analyzed more than 400 templates for various insurance policies, confirmation letters, claims forms, certifications, etc., GE.SI.ass identified an important requirement for a completely flexible object-oriented development system, applying building block logic with fewer restrictive rules and enabling change management. Simplifying reporting for agencies, to streamline and speed up the existing complex process, was also a key element of a robust solution that would provide agencies with online access to the reports.

The new solution adopted by GE.SI.ass includes a full Papyrus installation for batch and online document production, based on Papyrus WebRepository for resource collection and user role/policy management.

Papyrus Designer allows a single template for batch and online use to save time for multichannel document design and production. Input data in XML format is accessed via Papyrus File Adapter, and Papyrus DocEXEC processes the batch document production for outsourced printing, while all completed documents are stored in the ECM repository.

Online document delivery for more than 3,000 users offers immediate availability to forms generated on the fly, to print locally or process in batch and store into the system.

The experience and success with the non-life portfolio system confirms that Papyrus will become the output management platform for GE.SI.ass to support other business areas, such as claims and life policies, with the benefits of the flexible and powerful Papyrus infrastructure.
GE.SI.ass and the other Helvetia Group Companies increased their knowledge of the Papyrus Platform through a full training program delivered to the IT department in 2010, in which ISIS Papyrus senior consultants supported and advised on an advanced architecture to respond to upcoming needs such as multichannel delivery. 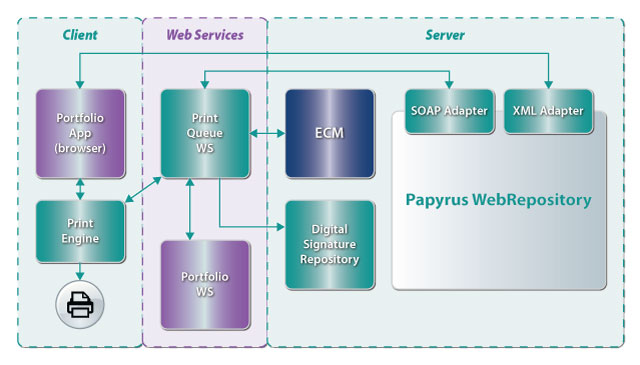 With Papyrus, document structure now applies reusable elements, and the resource collection has been updated to perform separation of group-specific resources at the processing level when documents are generated for Helvetia Insurance and for National Suisse.

Documents are organized in overlays and building blocks that allow for reuse and improve maintainability.

Further, a key advantage of the Papyrus Platform is the ability to work on different operating systems, allowing GE.SI.ass to import forms from the mainframe and reuse them with minor changes to save development time and avoid recreation of existing forms. Once imported, forms can be edited easily with the graphical interface of Papyrus Designer.