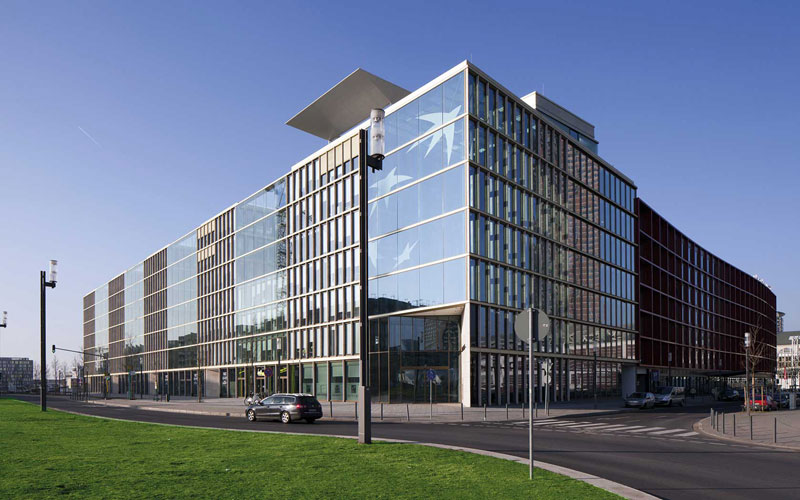 BNP Paribas (Suisse) S.A. is among the largest foreign banks in Switzerland. With presence in 75 countries and more than 180,000 employees, including 140,000 in Europe, BNP Paribas ranks highly in its two core activities: Retail Banking & Services (Domestic and International) and Corporate & Institutional Banking. In Europe, BNP Paribas Personal Finance is the leader in consumer lending. BNP Paribas is rolling out its integrated retail banking model across the Mediterranean, Eastern Europe and the western United States.

For BNP Paribas, creating a mass mail had become inefficient and heavily dependent upon limited IT resources - sometimes taking months to be completed while all mass mailing design converged in a bottleneck for one or two individuals. Traditional e-mail communication between business and IT also resulted in several time-consuming loops.

Furthermore, since each mass mail was designed as new, corporate identity could not be enforced. Occasionally, design of the same mass mail varied among language versions. Various languages were treated as separate spools and attachments coming from internal PDFs were very rarely used, as those features were not integrated in one solution.

The business team needed to manage the creation and design of their mass mails, as well as to communicate and divide appropriate tasks more effectively with IT. Improvements in language variants and multichannel delivery were also a priority to ensure relevancy and timeliness of messages to customers.

To enable 5-10 new mailings monthly in volumes of 1,000 to 36,000 each - with more than one requested concurrently - the new mass mailing solution supports design, deployment and generation of all mass mails for BNP Swiss Wealth Management, BNP Paribas CIB and BNP Paribas Monaco Wealth Management - seamlessly integrated with the current output management environment.

Today, the business teams are satisfied that they can design mass mails more quickly and independently, and IT is satisfied with enforcing corporate identity consistently through predefined layouts:

Now Papyrus provides document design and generation for all business communications of the bank in Geneva and all business units and their languages (Geneva, Monaco, London, Jersey, Madrid, Miami, Bahrein) and for the investment bank CIB.

A library of layouts is prepared by IT to be used by business when designing a mass mail. Mass mails are designed only once for multiple languages and output channels because variables allow placement of appropriate content (objects) created by the business.

During generation of mass mails, the specific language and output channel for each mail is automatically selected based on the client’s preferences. 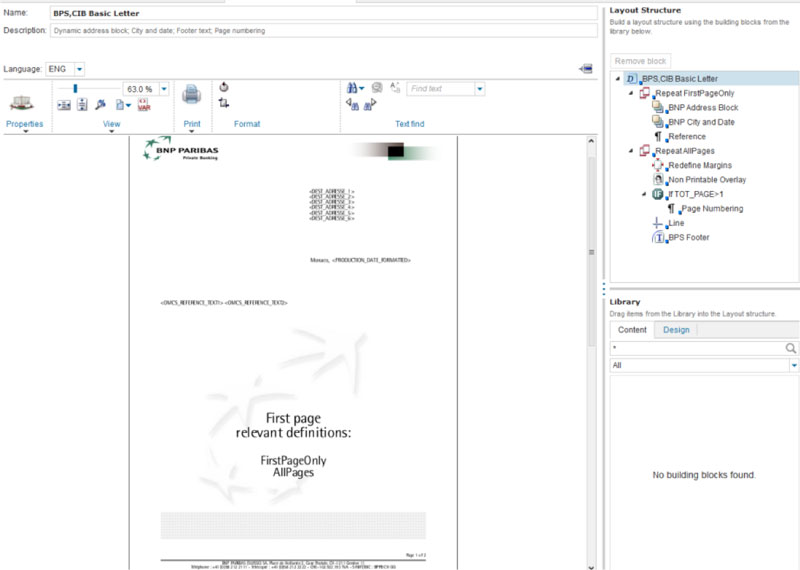 Sample Mass Mail Layout – Created and Managed by IT 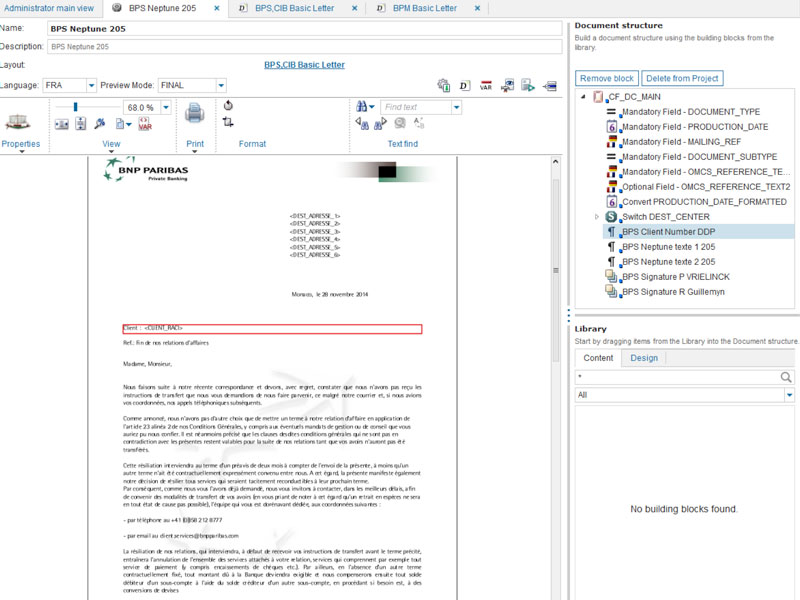 Attachments are visible during design and simulation

Based on content from the business and layouts from IT, ­Papyrus formats letters and other customer documents, including advices, account statements and notices. These documents are temporarily stored (via Oracle database check-in) in the Papyrus Postprocessing Printpool for a later run in a night batch, where 10,000 - 20,000 additional input files are checked in (on the fly) to the Printpool - on top of the daily letters.

All are immediately treated in a checkout which bundle and sort the letters/documents and add barcodes and OMR marks for automatic folding and enveloping, also performed internally in the BNP office every night for Geneva, Monaco and CIB. In parallel, the workflows produce PDFs for the archive system, e-banking and e-mails or faxes directly to customers.

Alternatively, for the other Business units, local output goes to PCL printers after an AFP-to-PCL conversion is done in a specific workflow step in Papyrus WebRepository. In 2013 the system was extended for PDF attachment via the PDF-In capability of the Papyrus Document/Printpool.